Recovering the L – Teamwork & How I Fixed My Keyboard

Concerned over the improper seated L key on my laptop, my husband consulted Laptopkey.com. Uncertain replacement would fix the issue, I nonetheless helped make sure he selected the correct kit. Even identical makes and models with the precise same layout use different hinge configurations.

If you’re in need I recommend this website, not for personal gain, but because their service is consummate. Videos provide instruction, prices are reasonable, and the warehouse ships within twenty-four business hours. My key remained in the envelope for several days, in fact, as I feared attempting to repair a working keyboard would backfire. This morning I decided to take the plunge and remove my rocking L key.

DH offered to hold a flashlight for me but anyone standing over my shoulder wrecks my concentration. So I tackled this detailed handiwork without telling him. My composure held even during the intimidating task of ripping off the tiny rubber cup and scraping away all adhered remnants. I worried the new one, a literal key component, wouldn’t stay put.

A minute piece must have broken from my original hinge pieces, preventing the key from snapping into place. Anyway, I’m delighted with this minor success.

What do you hope to achieve today?

A friend shared this on FB and I had to pass on the pun. Liz, you might want to skip. ~wry grin~ Happy Saturday! 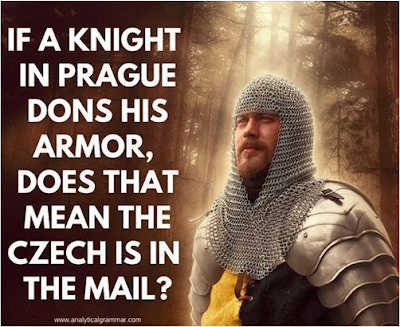 Email ThisBlogThis!Share to TwitterShare to FacebookShare to Pinterest
Labels: Humor

A Bumpy, Lumpy Year & the Blessing of Excellent Healthcare

A month after my reaction to blood pressure medication, we received a bill for over $1,080 (US) from the emergency services billing company. I called to question and was told that the ER doctor was out of our provider network, we were responsible for payment, and I needed to file any appeal with my insurance company. If that organization refused further compensation I should call her again, she said, promising her employer would work with us (presumably an installment plan).

I spent a few hours calling back and forth between these corporate entities. Our insurance provider insisted we only owed $75.44 and the billing company had no right to demand payment of that declined balance. An opposing customer service rep insisted that was untrue, that the insurer had no right to limit the amount due as no contract existed between these two firms.

At last, a woman with our insurer told me she put in a dispute on our behalf with the billing company. What?!? Confused as I am, I don’t intend to drop the matter.

Fast forwarding to the afternoon, I told my primary care physician when he asked about my stress level. Steam practically pouring out his ears, he admitted a lack of expertise but expounded upon his opinion. He thinks our insurer knows full well their company is responsible for the $1,080.

My doctor believes both enterprises hope the patient pays without question, satisfying the greed of each. Lots of folks cave into pressure from this extortion, he explained. My husband would have been one of them, sad to say. In fact, Dr. S maintains utter disbelief in the ‘out of network’ explanation.

I guess my next step is a friendly call to the ER facility, or perhaps a personal visit. Then, in about a week, I intend to call the biller’s representative for information on the insurer’s alleged petition and proceed from there.

Meanwhile, a lingering lump on my scalp grew three times larger over the summer. My hairdresser classified it a harmless cyst (called a wen) and advised having a dermatologist remove the cumbersome bump. I mentioned this to a medical student during her initial consultation, she passed it on to Dr. S, and he (fulfilling his residency at this clinic) consulted a senior physician before she followed up on their examinations.

This attending physician assured me their procedural department could remove the cyst, which insurance would be much more likely to cover versus a dermatological procedure. In addition, she kindly spent valuable time accompanying me to the checkout desk so as to assure both ideal scheduling and proper insurance coding. For one $20 copay, I will undergo this little outpatient surgery and receive a surreptitious follow-up on my blood pressure. Nice, huh?

Whew! I’ve rambled enough. But how nice to find caring, competent professionals. Wish me luck on the other mess.

Have you heard of a wen before?

Wabi sabi is a Japanese world view emphasizing acceptance and reverence of the imperfect, incomplete, impermanent, even desolate. A comprehensive article on the website Tofugu addresses this complicated concept, exploring each of the two standalone words and their connection to Buddhism.

Societal shifts and mainland exchanges influenced approaches toward wabi sabi, and this perspective trickled throughout national consciousness over the ages. Contemporary groups, for example, honor this tradition with parties celebrating the ephemeral beauty of cherry blossoms. Wabi sabi’s traditional origin linked to tea ceremony, that history is considered an excellent study resource.

As for me, I am guilty of the common Western, rather exclusive focus upon imagery, sabi, the aesthetic. The philosophy of wabi permeates deeper within Japanese culture, and their very language. That said, I used my camera during a recent hike to literally focus upon what I considered visual portrayals, however inaccurate or pretentious.

I wish my Greek influenced opinions of beauty were kinder to the aging human body. ~sigh~ There is a reason I prefer being behind the camera lens. 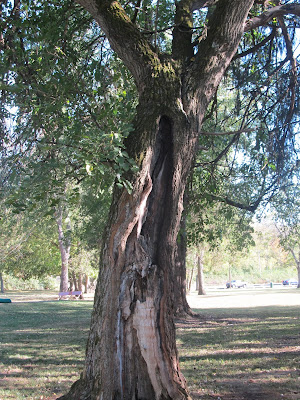 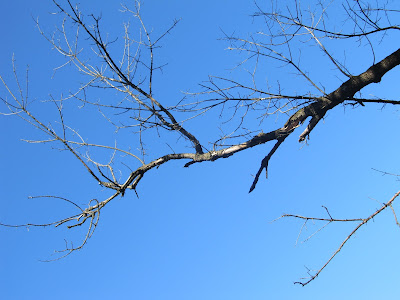 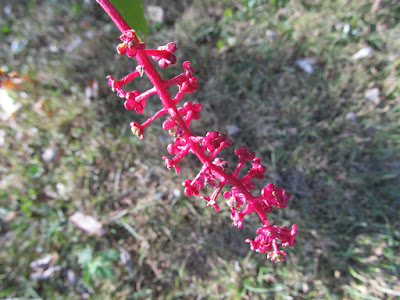 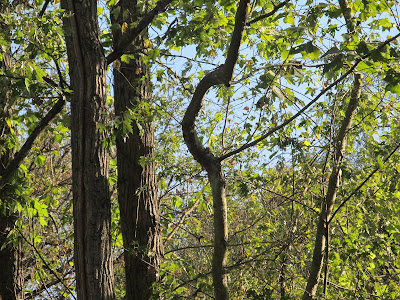 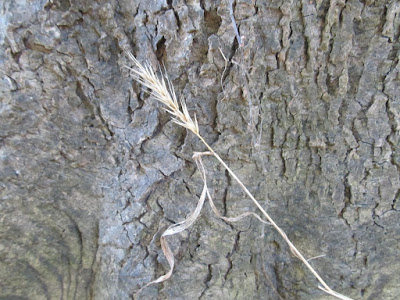 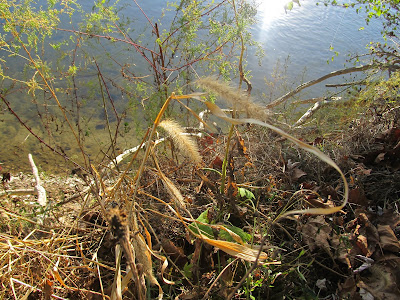 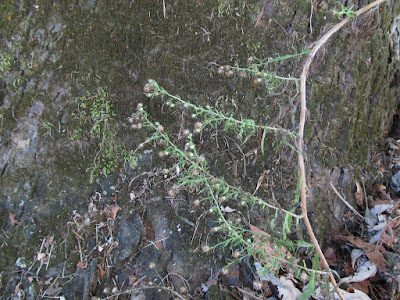 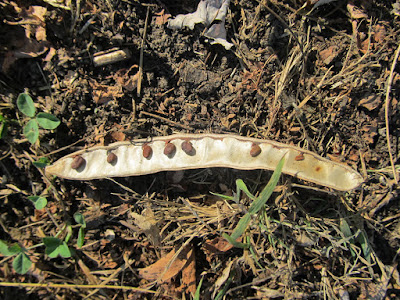 Do you find the appearance of fading vegetation interesting?

Despite repeated advisement against inserting cotton swabs in my ears I sometimes can’t resist. Lucky for me, I didn’t suffer damage from a bizarre product flaw. An actual metal splinter with very sharp ends (!) got caught up in the cotton fibers. 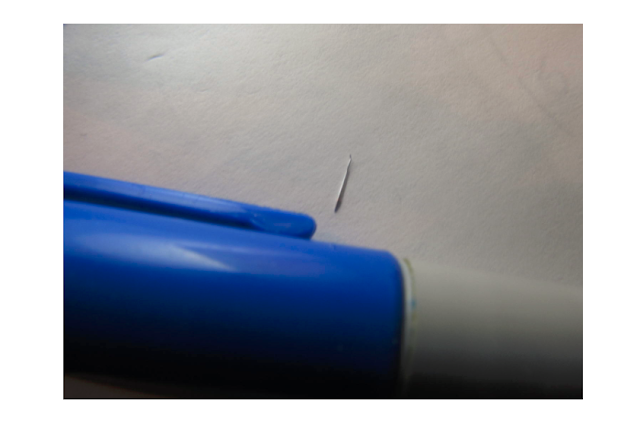 Having made this discovery when checking the used swab for excessive wax, I feel extremely fortunate. How did I not injure myself? And now I check for foreign objects prior to use.

I’m horrified at thought of some oblivious parent swabbing a sick baby’s clogged nostril with that thing. ~shudders~ On that note, I should notify the manufacturer.

Would you ever expect to find such a thing?

Well, I pulled a loser bonehead maneuver yesterday evening. An attempt to clean my keyboard resulted in the L key coming off. I thought I could just snap it back into place, but found that not to be the case. Online searches this morning resulted in a partial victory as the key is usable, just not attached properly.

You see, one of the two plastic retainer clips remained attached to the key itself while all the demonstrations show those bits being installed first and the key snapped in place overtop. I’ve decided to wait until my husband comes home for his professional tech advice. Otherwise, any further attempt may result in breakage of those tiny plastic pieces.

That’s okay. This is an opportunity to blog about something lighthearted for a change. It seems I’ve done little other than whine and complain of late.

And seeing as it is the L key reminded me of a favorite comedy, “Dodgeball: a True Underdog Story”. Vince Vaughn is at his comedic best in my opinion, and the entire supporting cast is right up there with him.

Specifically, the bittersweet skit between Gordon (portrayed by prolific and esteemed character actor Stephen Root) and his mail-order bride seated in the gymnasium with her stepchildren came to mind. These images sum up their story.

If the world is your oyster, will irritating the entire globe give you pearls?

Feeling Better for Being the ‘Bad Guy’

My husband, God love him, has a strange reaction to other peoples’ cats. When he really (frequently) likes them, he offers to take the animal(s) into our home if needed. I neither encouraged this behavior nor made a big deal of it.

The neighbor across the street took him up on the proposal! They’ve had a dog for quite a long time, added a cat around three years ago, then brought home a puppy. MacKenzie the cat and this new little dude, apparently, fight a lot.

Well, I cannot see this going any direction but sideways. What if their daughter wants to visit all the time? Kids stress me out. Even worse, should she not want to see her cat, that would make me feel ill toward the child.

That’s not even addressing how our geriatric gal Jezebel might react. Independent as that cat acts, it would be awful if she went into permanent hiding.

“But you were quick in willing to take in Dillon,” my husband noted.

I also had no clue that the orange kitten dubbed ‘Styx’ came from a loving home. Meanwhile, this neighbor acted insistent, as if kitty needed a new home immediately.

Well, as mentioned, I had to be the bad guy. Since he sent my husband numerous text messages about this, that’s how I replied, writing that the timing felt wrong (which is true). And at least hubby had a good proposal addressing their issue.

For my part, I know puppies grow up and generally calm down. What I asked this neighbor, as DH suggested, is if MacKenzie has a high perch to which she can escape.

Upon first adopting her the family declined to accept one of our tall cat trees by not replying. I could only imagine the lady of the house didn’t want a bulky piece of carpeted, slightly tattered furniture cluttering her home. What they could do, as TV show host Jackson Galaxy would advise, is research consumer options. There are many, such as impermanent window perches and even cat ‘shelves’.

Have you ever watched “My Cat From Hell”?

Yesterday my husband’s one brother, the middle of three, made a whirlwind overnight visit. At age sixty he retired, rather against his will, and gets bored without physical activity.

Tackling chores around his home and helping his daughter set up housekeeping in her new apartment kept him busy for a while. And don’t misunderstand. He didn’t just move her belongings in and hang pictures, he refinished old furniture pieces, restoring and enhancing their beautiful utility.

Hours spent splitting wood for neighbors was considered entertainment. Then an old basketball hoop on his property received a fastidious restoration before being handed over to a ten-year-old boy who lost his in a storm. The industrious philanthropist actually ran out of projects close to home and begged us for busywork.

Before he’d been in town for more than ninety minutes (half the time spent driving here!), Michael powered through numerous indoor tasks. Then he went outside in ghastly heat to tackle my requested gardening chore.


I’d planned to help but never got the chance before he finished. Several times, he complained that the work was too lightweight.

Gotta love him. He is a very amusing fellow I’ve always appreciated. Now, I am awed. Not only is he a formidable force of nature, his intention is to stay busy doing good deeds for other people.

“Call me if you need anything,” he said before heading back north.

This evening he’ll be attending a former colleague’s memorial service. While the tedious cross-state commute alone wears me out, it disappointed him when my husband had not procured a hose long enough for him to clean out our gutters.

Should I start a list of projects, and perhaps call upon not only him but also those neighborhood kids looking for odd jobs to help out and learn from him?