A friend of mine posed a challenge using "The Amazing Story Generator: Mix-And-Match Creative Writing Prompts" by Jason Sacher. The book has every page divided into three segments. You flip each randomly to create a three part sentence. This is what dear A. Catherine Noon shared on Coffeetime Romance forum:

1. Ignoring the advice of friends,
2: a temperamental sculptor
3: is tormented by vengeful spirits.

“We failed. It won’t burn. Pamela and I told you, Ian, you never should have painted that.” She pointed without looking at the lurid murder scene.


Ian turned to face his two guests, shadows under his eyes like bruises, almost darker than the brunette coif spiked by restless fingers. His furtive gaze darted from one sister to the other, then fell to the floor. Ian shook his head and threw out his long arms. “I thought if I painted it the scene would get out of my head.”

“And it did,” Pamela replied.

“Is this another I told you so, Pamela? That doesn’t help me.” Their sad eyes met, the sisters holding hands like mourners seated for a funeral. Ian stopped pacing and folded to his tattered daybed across from the small couch. Both women saw how his fingers bunched the denim upon his thighs. “How do I get rid of them?”

“We don’t know,” they said in unison. After a pause, Patricia continued, “But I have an idea.”

“They would have,” Ian grunted, “if I’d heeded them originally. I won’t ask you to endanger yourselves.”

One of Ian’s early works tilted from a nearby shelf. The movement barely registered to anyone before the bust flew like a marble arrow toward Pamela’s head. She ducked with a squeal.

“Too late,” Pamela opined with a shaky laugh. “I guess you should tell him your idea now, Patricia.”

Silence and wide eyes were the only reply for long moments. Then, Patricia gave her proposal. Ian sat in stunned silence, noting Pamela’s agitation in the way she tugged on the tassels of her shawl.

Ian never sculpted a full scene, before, let alone used color. He was a classicist, after all, and this endeavor took him out of his comfort zone of traditional stone media. The sisters walked around the one-half scaled scene composed of papier-mâché.

“You really captured the painting,” Patricia agreed. “How did you get it done so quickly?”

Sprawled on the little sofa, Ian squinted at each in turn. “You think they’ve let me sleep?”

Dropping his head back, he didn’t like the expression on Pamela’s face. He couldn’t read Patricia’s. Fatigue won over both fear and fascination. He closed his eyes, sighing.

“So they do want to move into the sculpture. That’s good!” Patricia enthused. “Then we’ll destroy it!”

Ian’s eyes flew open. Before he could voice his confusion, Pamela protested for him.

“That didn't work before, Patty. Why would now be any different? We already agreed to try a psychic shield around this three dimensional rendition.”

“A shield would have to be reconstructed on a regular basis,” Patricia said, waving her hand. “Ian would be back in danger as soon as something happened and we let it lapse. I’ve found an ancient spell we can use that will work.”

“Then I sculpted this for nothing,” Ian huffed, then sat straighter, shaking his head. “I’m sorry.”

Patricia tilted her head, hands across her heart. “You’ve had it rough.” Standing, she continued. “And no, this wasn’t for nothing. The painting was their entrance to the living world and the sculpture is their exit. We’ll cast the spell over both.”

In the desert, Ian thought the supernatural flames looked just like those for cooking on his grandmother’s gas stove. But the fuel, mostly incantations with some smelly physical components Ian didn’t try to identify, became exhausted long before the cold light extinguished. Of the art, there remained no sign. Sand turned to weirdly shaped glass, much of it shades of crimson and carmine.

Celebration was muted. The sisters trudged toward Ian’s Volkswagon Beetle. With an ever artistic eye, the sculptor palmed some of the small, more colorful chunks. Only much later would he recognize miniature fragments of the murder scene he painted one fateful day.

The ghosts left him in peace, no longer so much as screaming at him through sleepless nights. While he regretted never figuring out exactly how the spirits returned, let alone their identities or purpose, Ian kept the glass chunks until the end of his days. 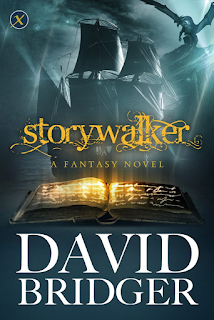 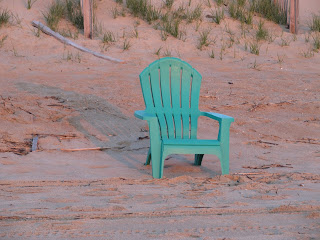 Lately I’ve been struggling to floss my teeth. It’s frustrating. I want to maintain good oral hygiene but sticking my fingers in my mouth makes me gag some days.

Not fun, though a minor inconvenience. Seems like a puzzle needing solved. So I took stock of the situation. Our floss is mint flavored, which should conceivably aid the process. I decided to really focus on the flavor by pretending I was actually enjoying a mint candy.

But that seemed boring to the storyteller in me. So I added visuals. The chant took off from there.

An entire scene evolved over the brief period. I imagined some of the best things I know by adding I am sitting on a beach. A string of pelicans is flying by.


And finally I ended: I’m sucking on a mint. I am sitting on a beach. A string of pelicans is flying by. The surf is washing over my toes. Sexy surfers are out riding the waves. There is a kite string in my hand.

Focusing and building upon each repeated sentence constructing my idyllic scene totally got me through without any eye watering and potentially embarrassing annoyance. It’s a strange post, admittedly, but perhaps my trick can help someone.

What mind games help you through minor difficulties?