Spark by a Musician (from an Obsessive Music Geek)

To quote Annie of McGuffy’s Reader, the bright spirited blog where she created Sparks Mondays, “I believe we are meant to be lights in this world. If we allow our light to shine, we can see where we are going. It is then that we can begin to truly see each other clearly. Together, we can light up the entire world!”

Before I share Marilyn Manson's quote, let me share the inspiration. Yesterday my writing track was what I named “Marilyn Manson Singles” on iTunes. There are 37, not music released by the band for radio play but rather B-sides and rare finds.

I have four additional categories: one for studio albums and compilations, talking (interviews), live performances, and ‘oddities’. That last was named for some weird early experimentation but generally is just repeated tunes from having bought many singles for their rare and cool B-sides.

That said, here is a quote from Brian Warner (aka Mr. Manson) that caught my attention. As I like to tell folks, the man is wicked smart (when sober).  ;)  I snagged this from Brainy Quotes.


"Don't ever empty the bucket of mystery. Never let people define what you do. It's not about zigging when you should zag. It's not about doing something unprecedented and unpredictable. It's just about never being a word, or something that is not in the process of transformation."
- Marilyn Manson

Did you know he scored the brilliant soundtrack for the original “Resident Evil” film? 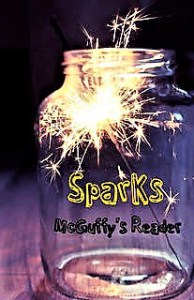