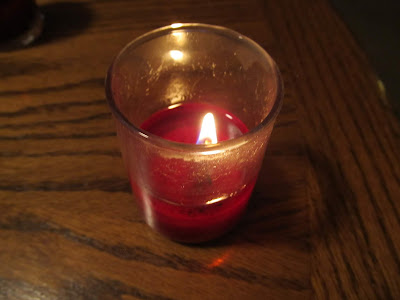 All my life, I’ve had an overactive imagination. When my parents failed to return from a party as expected, my panicked young self assumed them wrecked along some country road across the state. I lay awake all night until they came home.

Then I read them the riot act.

As it happens, they decided to stay overnight with those relatives hosting the shindig. This was, of course, an era long before cellular phones. Why neither thought to call or even leave a contact number in case of emergency is anyone’s guess. But knowing my father’s extreme frugality back then, he likely didn’t want to incur a long distance bill for either party.

Fast forward several years, and the same happened with my now-husband when he drove a long, slow way in the snow from a friend’s house on the route to visit me, then stopped and stayed with his mother a few miles away. At least I heard from him before morning, though I can’t recall who made the call. I might have reached out to his mom.

Either way, we still laugh about my concerned rant so early in the relationship.

Now, my man has more foibles than me, which makes my entire situation worse. This comes to mind today because I decided to light some candles at my current laptop ‘desk’ before realizing some laundry needs cycled and my hair dried after a swim.

I can’t walk away from these lit votives for more than a minute or so without picturing the house going up in flames, especially not when thinking of our California wildfire sufferers. DH would have a fit if he saw me do such a thing, too.

It’s not a big deal, of course. They’re just getting lower and lower, trickier and trickier to light.

Reading this, it seems I want to delay today’s writing for some reason. It’s the only excuse I can see for writing such a silly post.

Be that as it may, do you like burning candles? Could you walk away for a bit without extinguishing them?